Nestle to package products in Charmin? 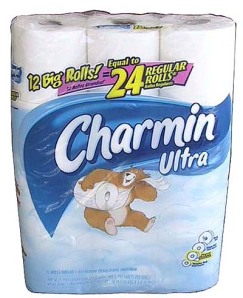 Nestle seems to have gotten caught with its poop in the cookie jar:

Consumers were asked to throw away the dough or, to get a refund, return it to the store where it was purchased. The FDA advised against baking the dough because bacteria could be transferred to hands and preparation surfaces.

Gee, can’t “teh markets” take care of these poopy food issues? Oh, I guess that was something Bush thought up. I’m surprised the FDA still exists. Nestle seems to have brushed off the inspectors:

A WSJ report today says inspection reports covering the past five years show that officials at the company’s Danville, Va. plant, which made the suspect dough, “refused to allow a Food and Drug Administration inspector to review consumer complaints or inspect its program designed to prevent food contamination.”

Of course, no one wants someone watching while they “go number 2″…

Filed under food/drink, George W. Bush: is he really THAT bad?, healthcare, Humor, Politics, science: not a very Republican thing to do, Uncategorized

Did Mark Sanford go to Argentina because he was rejected by eHarmony.com?

In another stunning development in the ongoing Mark Sanford fiasco, Over the Line, Smokey! has learned that Sanford may have been trying to “dig some potatoes” a little closer to home than Argentina, but was rejected by eHarmony.com, because of a statement he made in his application:

Over the Line, Smokey! cannot vouch for the authenticity of this document, although it was obtained from a reliable source.*

*the internet, I think it’s called.

Filed under celebrities in the news, Humor, people with plastic hair, Politics, public corruption, religion, Republican politicians: are any of them normal, travel, Wordpress Political Blogs

Songbird nest screws up our life

How can this be? some flitty little songbirds took over an artificial floral wreath in an alcove outside our front door.  Laid a bunch of little songbird eggs. Now we have to keep the kitchen blinds closed. And avoid using the front door? is this legal? can we sue them? what about the mail? WTF?

Why can’t we secure the borders?

HOUSTON—Reports from several NBA teams indicate that cheap, flimsy Chinese basketball players frequently break down and fall apart when faced with the normal wear-and-tear of an NBA season. “We got one a couple years ago, but the foot broke,” said Rockets GM Carroll Dawson about Chinese center Yao Ming. “Now it just sits there. We don’t even use it anymore.”

Filed under China: "junk" is not just a boat, economics, Humor, sports

Congress has been asking some tough questions while wearing their serious faces about why Dr. Richard Jarvik (inventor of the Jarvik artificial heart) is shilling Lipitor when he’s not actually licensed to practice medicine.

ABC News says that Dr. Jarvik has been paid a guaranteed $1.35 million for the ads, which feature him espousing the virtues of Lipitor in a doctoriffic-looking lab coat and rowing around a lake talking about “when diet and exercise aren’t enough.”

Here’s our favorite part of the story—the New York Times says that Dr. Jarvik uses a stunt double when he’s shown rowing in the commercials.

As it turns out, Dr. Jarvik, 61, does not actually practice the sport. The ad agency hired a stunt double for the sculling scenes.
“He’s about as much an outdoorsman as Woody Allen,” said a longtime collaborator, Dr. O. H. Frazier of the Texas Heart Institute. “He can’t row.”

Big news on TBL this week: a new book.

For those Achievers for whom the movie offers an ethos, catharsis against the daily grind, or Zen philosophy for how to live, I’m a Lebowski, You’re A Lebowski is the book we’ve been waiting for. Written by four Lebowski fans (and Lebowski Fest founders) with both a fierce dedication to the movie and an apparent abundance of available free time, this humorous book offers enough Lebowski ins and outs to satisfy even the most rabid fan.

The book is logically divided into chapters that each take a specific approach related to the movie, and even includes a forward by Jeff Bridges (the Dude himself…er, the movie version of the Dude, anyway). The various chapters cover everything from ways to “Dude-ify” your life, to playful yet informative interviews with the movie’s actors (major roles like John Goodman and minor roles like Jim Hoosier, who played Jesus Quintana’s bowling partner and didn’t even have a single line of dialogue), to a tidy analysis of how The Big Lebowski became a cult classic, to various Lebowski tidbits, including the number of F-bombs dropped in the movie (281 according to the authors. I still count 279, and yes, I clearly need professional psychiatric help).

The most revealing chapter of the book contains interviews with the real-life people upon whom the movie versions of the Dude, Walter, and Little Larry Sellers were based. To a certain amount of horror, we learn that there really was an incident in which a junior high kid was confronted in his home by two men who claimed the kid had stolen the Dude’s car. One of the men even produced the kid’s homework, extracted from the seat of the stolen car, encased in a plastic baggie as if it was some sort of evidence bomb.

I believe I have found a great Xmas gift…..

Googling Google: what are they up to now?

Those wild and crazy nerds in Mountain View are just bustin out all over; they’ve been Over the Line for a long time, yet OTLS! has not been giving them a damn bit of coverage. Meanwhile, we have been covering the insane Rapture Index guy. That’s all about to change. Rapture Guy may have humor value, but let’s face, how many ways can you ridicule madness? Google, on the other hand, has a certain geekness which will offer a myriad of opportunities for mirth. Not to mention stock tips.

This week, they announced that even as they seek to conquer the mobile-phone market and uphold their Internet dominance, they are going to try to solve the world’s energy problems.

Google calls it the Renewable Energy Cheaper Than Coal project.

Beginning with about two dozen clean-tech staff engineers, and investments in the “tens of millions” from the company’s philanthropic arm, google.org, the founders said they hope to produce low-cost clean energy – and do it soon.

“We really want to rapidly push forward, and our goal is really to produce one gigawatt of renewable energy capacity that’s cheaper than coal economically,” Page said on a conference call Tuesday.

A gigawatt is enough to power San Francisco.

First of all how geeky is

I mean, is the acronym RETCH? [update: Tom Friedman clues me in: it’s RE < C; how opaque] Power San Francisco? More like power the peninsula or the South Bay; you know, Google already provides supposed internet to the entire city of Mountain View, and they have a little iGoogle homepage for anyone who enters. Except that the signal is so weak you have to walk up and down the streets trying to find even a “warm spot.” So you Google Guys, don’t scrimp on the RETCH megawatts, okay?

This guy has got some good imitations of Bush, Clinton, Chris Rock, Charles Barkley, John Madden, and a number of other notable public figures. Pretty funny. He acts like some sort of an amateur comedian who is surprised that people find him funny. Give him a look.

UPDATE: his standup is much funnier than his sketches… the guy is going the wrong direction when he goes away from standup. The humor is when he switches rapidly from character to character, not when he does extended bits in a single persona.

Cartoon of the week

Filed under George W. Bush: is he really THAT bad?, Humor, Politics, religion

“I just spoke to President Musharraf before I came here, and my message was very plain, very easy to understand. And that is: The United States wants you to have the elections as scheduled and take your uniform off,” Mr Bush said.

Damn, George. Aren’t you going to ask him out to dinner first?

Filed under George W. Bush: is he really THAT bad?, Humor

Over the line, Smokey!
Blog at WordPress.com.