Syria: what is accomplished by sticking one’s hand in a bee’s nest and trying to kill a couple bees?

Civilian casualties will likely go up: 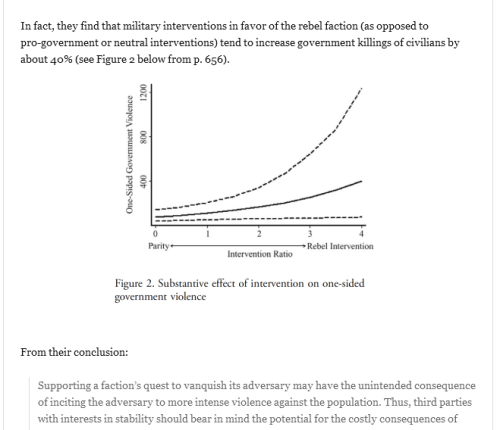 President Obama should defer to the international community on these issues, not to mention the American people (I hesitate to suggest that he consult with the craziness that is our Congress).

The animals that roamed California when humans arrived

OTL,S! notes this interesting piece from the San Francisco Chronicle, about the huge animals, predators and prey, that the humans found when they arrived from Asia via the Beringian land bridge, some 15,000 or so years ago.

In 1983, workers building the foundation for the Pansini Building, on the south side of Pacific a few yards east of Columbus, found fossilized bones in dark clay soil, 15 feet below street level.
…
Rodda found the remains of three Columbian mammoths and one giant bison.

It was the biggest discovery of Pleistocene-era mammals in the city’s history, only the fourth overall, and the first since the early 20th century.

The enormous beasts dated from the Rancholabrean age, named after the famous La Brea tar pits near Los Angeles. The Rancholabrean age started 240,000 years ago and ended 11,000 years ago, when almost all of the so-called megafauna became extinct for reasons that are still unclear. Most species died out in just 1,500 years.
…
A Paleo-Indian who climbed to the top of Telegraph Hill would have beheld a pageant of animal life that made the Serengeti look like a petting zoo. Rumbling across the wide grassy plain now covered by the bay were 12-foot-high Columbian mammoths with mighty curved tusks, two-ton bison, Western camels, giant horses, tapirs and giant ground sloths.
These enormous herbivores were stalked by the 2 most lethal mammalian killing machines ever known: the American lion and the short-faced bear. The American lion weighed as much as 750 pounds – 25 percent larger than the modern African lion – and had a larger brain than any other lion. As many as 800 lions may have roamed the Bay Area at any one time.

But the animal at the scary top of the food chain was the short-faced bear. The most powerful mammalian carnivore ever to live in North America, the 13-foot-long, 2,000-pound short-faced bear could run 40 mph for up to a mile and was more rapacious than modern bears.

That’s only 500 generations of humans ago. People were probably pretty much like we are now. I imagine folks found ways to make life safer for their kids….and that would have involved killing those dangerous beasts.